Now that you have your sprites choosing random number and saying it we want to change it from saying the number to saying ROCK, PAPER, or SCISSORS.

Use the same file you just created with the random numbers. 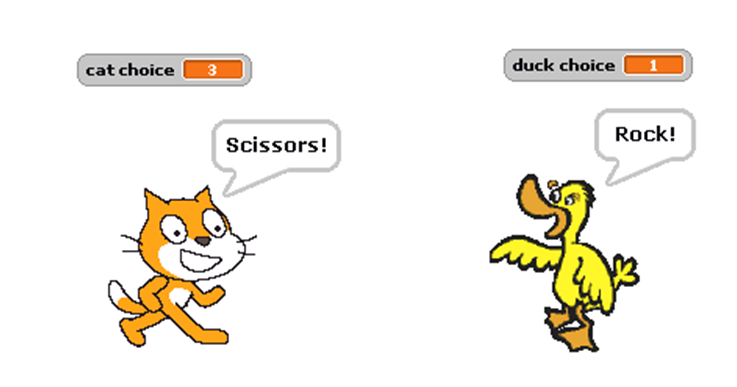